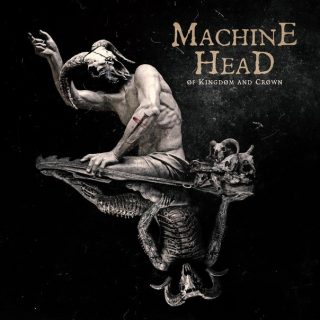 Of Kingdom and Crown is the upcoming tenth studio album by American heavy metal band Machine Head. It is scheduled to be released on August 26, 2022, through Nuclear Blast and Imperium Recordings. It is the band’s first album to feature guitarist Wacław Kiełtyka, who joined the band in late 2019.

Titled Øf Kingdom and Crøwn, the upcoming album from the metal giants is the follow-up to 2018’s Catharsis, and is scheduled to be released in August this year, via Nuclear Blast Records.

The upcoming album is a concept album set in a decimated futuristic wasteland where the sky is stained crimson red. The crux of the story is based around two main characters. Character #1 Ares: (pronounced Aries) is the lead, who loses the love of his life (Amethyst) and goes on a murderous rampage against the vile sect responsible for her murder. Character #2 Eros: (pronounced Arrows) the perpetrator, who loses his mother to a drug overdose and becomes radicalised in the aftermath. Eros goes off the deep end manifesting his own killing spree.